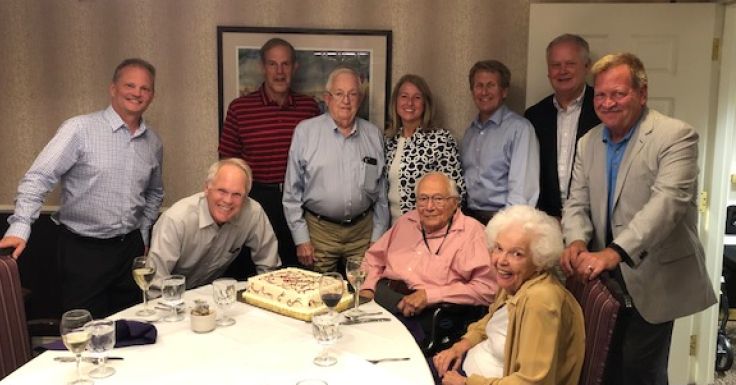 LANSING, Mich. – Former Michigan Supreme Court Justice and Foster Swift attorney Lawrence B. Lindemer is celebrating his birthday Wednesday, August 21, when he turns 98. Early in his career, Larry was part of Foster Swift when it was known as Foster, Campbell, Lindemer & McGurrin in the late 60’s. On June 2, 1975, Lindemer was appointed to the Michigan Supreme Court by Governor Bill Milliken to serve the final year of a vacancy caused by the death of Justice Thomas M. Kavanaugh. After his appointment to the State Supreme Court, Larry spent the next 10 years as General Counsel and Senior Vice President of Consumers Power Co. out of Jackson. Lindemer re-joined Foster Swift in 1986 in his role as general counsel.

Larry enjoyed a distinguished political and legal career, from Chairman of the Michigan Republican Party to being a candidate for Michigan Attorney General. Even before his career in the public eye, Larry served the people of the US by joining the Air Force during World War II, prior to enrolling at U of M Law School where he earned his law degree. Also a proud member of his local Presbyterian Church for over 70 years, Larry has kept his roots as he enjoyed an illustrious career brushing shoulders with big names both in Washington DC and Michigan.

Larry was involved with Foster Swift events well into his retirement, and it is Foster Swift tradition to visit Larry on his birthday to celebrate with him.