Foster Swift Collins & Smith traces its origins to 1902. That was when Walter S. Foster established a law office in downtown Lansing.

The recent law school grad was already a rising star in the Lansing business community. Foster would later make a name for himself as a leader in the county and state bar associations and as a respected prosecuting attorney. In 1912, for example, Foster was special counsel in a sensational case that resulted with the Michigan State Treasurer convicted of embezzlement.

Walter Foster’s reputation in the courtroom set the tone in the early days of the firm. The firm eventually became home to generations of successful litigators known and respected for their skill and civility. Our lawyers remember this legacy every time they step into a courtroom.

The timing was right for Foster’s young firm. Michigan’s auto industry was in its ascendancy, and one of the firm’s first clients was a car-making pioneer, Ransom E. Olds, the founder of the Oldsmobile marque.

The state’s economy thrived throughout the first half of the 20th Century and into the post-World War II era. Foster Swift grew with it, adding business and institutional clients, of every size.

The firm also started adding names to its letterhead: Walter S. Foster’s son, Richard B. Foster, joined the firm in 1932, and, like his father, Dick Foster served as county prosecuting attorney.

In 1955, Theodore W. Swift and John L. Collins joined the firm. In 1963, Webb A. Smith was added to the masthead, giving the firm the name by which it is known today.

Several decades of steady growth followed. By the 1990s, the firm was adding offices to accommodate client needs and opportunities throughout the state. Foster Swift expanded into Southeastern Michigan and downtown Detroit, followed a few years later by the establishment of a Grand Rapids office in Western Michigan. The firm established its Holland office in 2010, offering Foster Swift’s clients border-to-border coverage. In 2016, Foster Swift further developed its West Michigan presence with the opening of its St. Joseph office. Supporting new capacity and growth, the firms Farmington Hills office also relocated to Southfield.

Some things, however, will never change. For 120 years, the firm has never wavered from the values of ethics, integrity and exemplary service to the clients who depend on us. In return, clients have rewarded Foster Swift with their trust and loyalty.

In many ways, Foster Swift is still a lot like the firm founded by Walter S. Foster over a century ago. The firm worries less about profits-per-partner or some other law-firm management metric and worries more about our clients’ needs and problems. 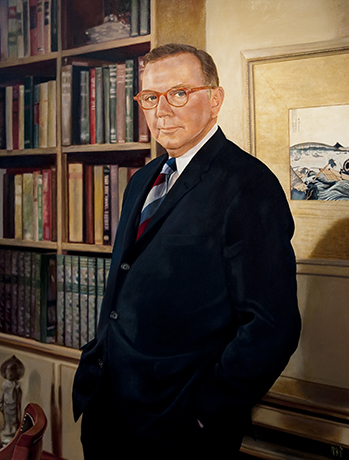