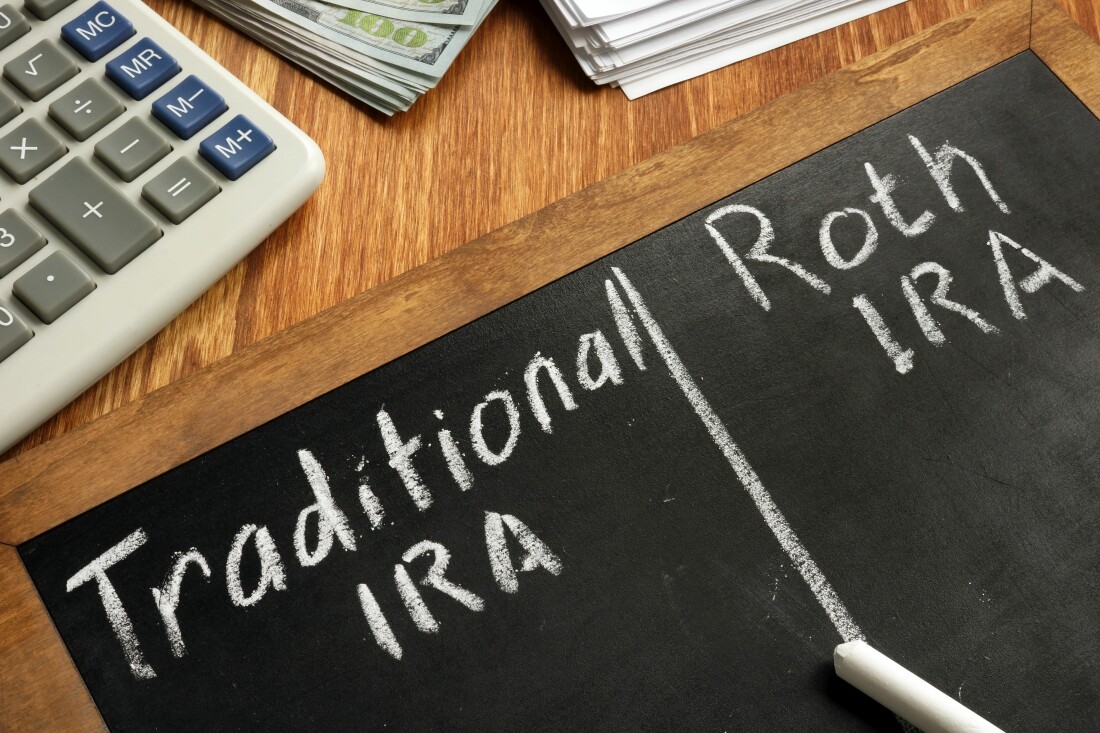 The Two Types of IRAs

In order to save for retirement, individuals may choose to contribute to a variety of different types of accounts, one of which is called an Individual Retirement Account (“IRA”). There are two types of IRAs – a traditional IRA and a Roth IRA.

Thus, Roth IRAs can be favorable to your descendants at death, because they will not be responsible for paying income tax on the Roth IRA assets (as they would with a traditional IRA), which includes growth in the account.

Roth IRAs offer an advantageous planning opportunity to “lock in” the current income tax rate, particularly when there is a high likelihood that the government will raise income taxes in the future. The amount permitted to be contributed to a Roth IRA in any year is capped. However, the law does permit you to convert a traditional IRA to a Roth IRA, and pay the current income tax rates on the portion of funds converted, thereby avoiding the obligation to pay potentially higher income taxes on the funds in the future and avoiding income tax on the growth of the converted assets.

Additionally, you or your descendants may be in a lower tax bracket when funds are withdrawn from the IRA – so it may still be better to defer the payment of income tax until assets are withdrawn. To learn more about whether a Roth IRA conversion may be right for your individual situation, you should discuss the option with your financial advisor or contact a trusts and estates attorney at Foster Swift.