What is Trade Dress?

Trade dress consists of the unique, non-functional, elements used to promote a product or service. It may also include features such as size, shape, color, color combinations, textures, graphics, or even particular sales techniques.

Trade dress is within the family of trademark. It is, however, not as well-known as a trademark because of the changing legal standards to acquire and maintain such beneficial federal protection. A trademark is any word, name, symbol, or device or any combination used to identify and distinguish goods or services from those manufactured or sold by others and to indicate the source of the goods.

Federal law is violated when someone uses a trademark (or trade dress) of another that creates confusion among customers.

Trade dress encompasses the total image and impression created by a product. While trademark prevents others from copying the name of the good or service, trade dress prevents copying the appearance.

Trade dress must be:

Inherently distinctive means that it “must be unusual and memorable, conceptually separable from the product, and likely to serve primarily as a designator of origin of the product.” Duraco Products Inc. v Joy Plastic Enterprises Ltd., 40 F.3d 1431 (3d Cir. 1994). In a case of unregistered trade dress under §43(a) of the Lanham Act, “a product’s design is distinctive, and therefore protectable, only upon a showing of secondary meaning.” Wal-Mart, Inc. v. Samara Brothers, Inc., 529 U.S. 205, 215 (2000). Clothing products are generally not inherently distinctive and must acquire distinctiveness through secondary meaning, such as sales and advertising. See id.

If the trade dress is not inherently distinctive a company can acquire secondary meaning under §43(a) of the Lanham Actif it can show “in the minds of the public, the primary significance of a product feature…is to identify the source of the product rather than the product itself.” Inwood Laboratories, Inc. v Ives Laboratories, Inc., 456 U.S. 844 (1982). Intentional copying by a competitor may also be evidentiary proof to help establish secondary meaning.  Perfect Fit Industries, v Acme Quilting Co., 618 F.2d 950 (2nd Cir. 1980).

Trade dress elements must be non-functional to be protected. The Supreme Court stated that “in general terms, a product feature is functional [and not protected by trade dress] if it is essential to the use or purpose of the article or if it affects the cost or quality of the article.” See Inwood, supra at 851. To establish non-functionality of the design feature, a court may consider its esthetic appeal.

How Can Trade Dress Improve My Product?

Trade dress can improve lasting commercialization of the product by limiting imitation goods. Trade dress can also improve the distinct recognition of your goods in a crowded market by emphasizing inherently distinctive non-functional features of the product. This is especially helpful (and complimentary to marketing campaigns) to establish the trade dress as a source identifier in the minds of the consuming public.

Color is also a successful element that can, with the right preparation and effort, be established as part of the product’s protectable trade dress. The Supreme Court stated “color could be protected as a trademark, but only upon a showing of secondary meaning.” See Walmart, supra at 212. “Over time, customers may come to treat a particular color on a product or its packaging…as signifying a brand.” See Walmart at 212 (quoting Qualitex, 514 U.S. at 162-163).

Product design like color, the Supreme Court ruled, is not inherently distinctive and requires a showing of secondary meaning. This reaffirms the importance of having specialized legal work with the company’s designers and marketing team to create distinctive non-functional elements to use in sales and advertising campaigns to accentuate the product’s source identifying trade dress elements.

Using this collaborative team approach can establish in the minds of the public the primary significance of a product’s non-functional features as the source of the product rather than the product itself. Achieving this ensures federal trade dress protection; thereby, improving the product’s protections in the marketplace, limiting imitators and increasing its lasting commercialization.

Does your product have an inherently source-identifying design? Is it non-functional? Is the design ornamental? Does the public associate the non-functional features of the product with your company? Have you adopted color as a source identifier for the product? There are many uses of trade dress in the marketplace. Think distinctive non-functional features such as: pink for insulation (Owens Corning), yellow and black DeWalt for power tools, red and blue Craftsman tools, purple Prilosec pill, red wax drip seal for Maker’s Mark whiskey, Adidas three bars, Goldfish shaped crackers, the contoured shape of the Coke bottle and many more. Below are some examples of registered trade dress.

The darkened lines, which are not dotted, in a trade dress registration represent the claimed elements of design.

Nike registered the design elements of the skate blade.

The oval circles and designs with bars and bands for this water heater are claimed as trade dress. 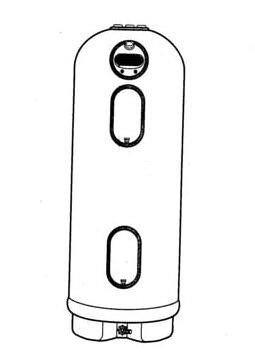 Revlon registered the shape of its bottles for selling its hair shampoo and conditioner.

The configured design of the toaster, with two ends containing vertical slots, a horizontal slot along each side of the length of the toaster and intersecting perpendicular raised bands are registered as protected trade dress elements.

Louboutin’s red sole, as contrasted against the upper, is a protected trade dress element that may not be copied. 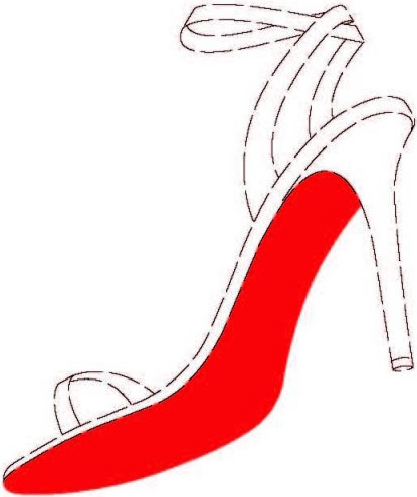 Nike registered the pattern of the tread for the soles of shoes as protectable trade dress. It also registered several upper designs, one of which is included here, and is reflected in the solid lines of the shoe.

There are many examples of trade dress enforcement where successful owners of a product stop imitators and infringers from selling copycat versions or otherwise preclude competitors from capitalizing on the trade dress owner’s good will.

Black and Decker won a $54 Million verdict after successfully suing an imitator who used its DeWalt yellow and black color scheme in selling power tools and accessories. 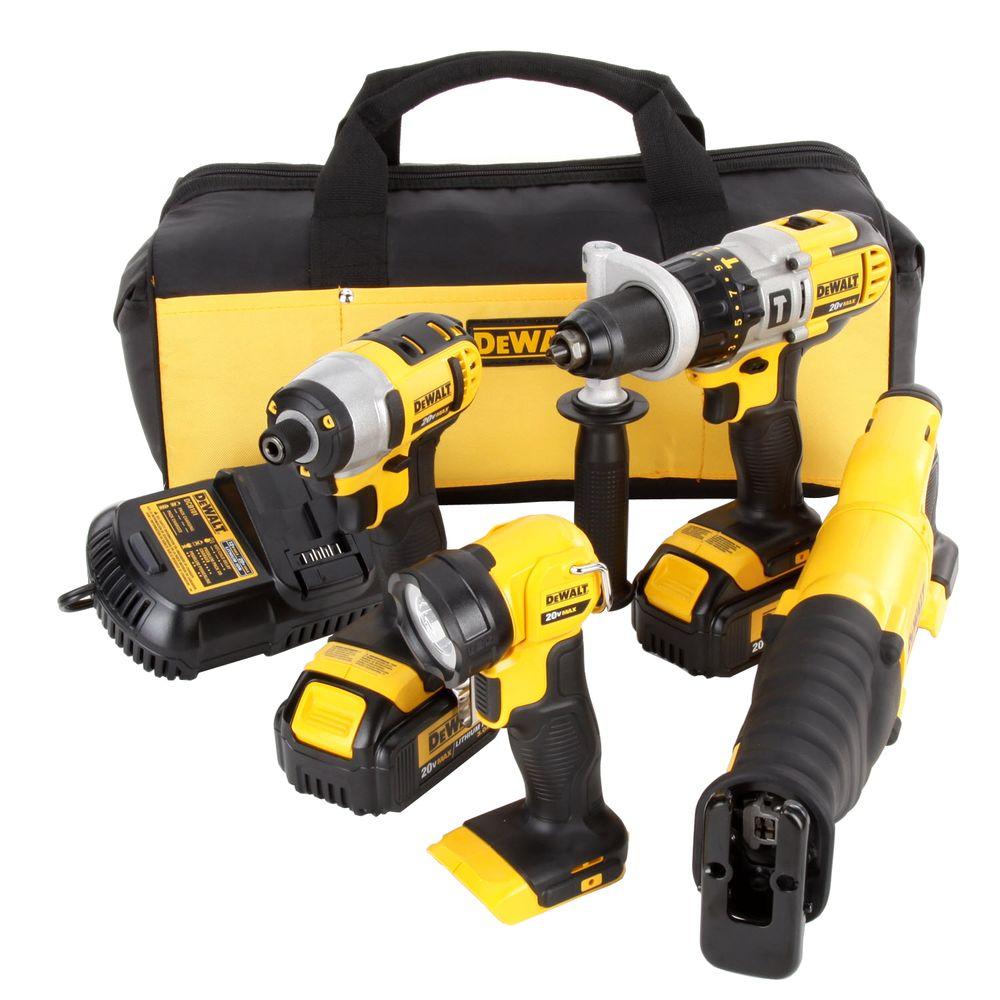 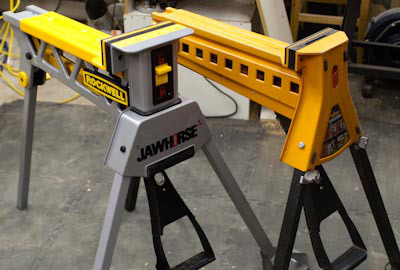 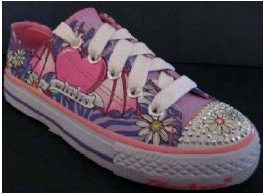 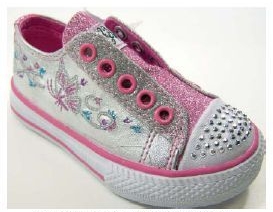 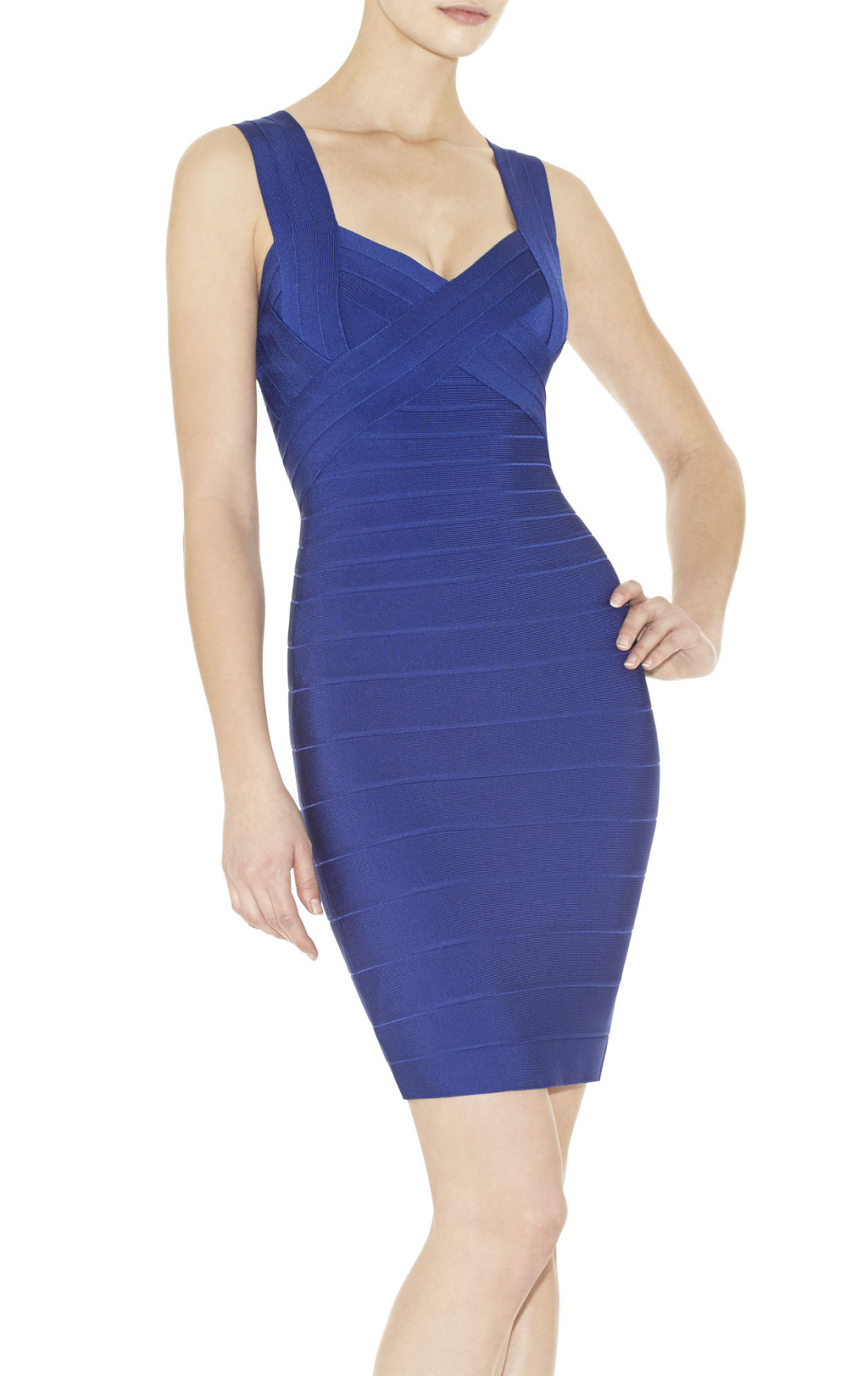 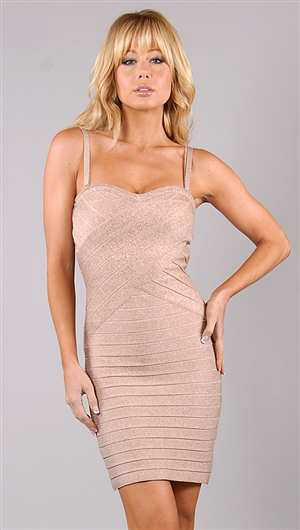 The Force of Federal Law

Trade dress is backed by the power of federal law. The owner of products that contain valid trade dress can take immediate action against infringers and imitators. Violation of valid trade dress can subject the infringer to a lawsuit for damages, discouragement of profits, injunction prohibiting sale and manufacture, as well as treble (triple) damages and attorney fees for intentional infringement. The federal law of trademark also empowers customs to seize infringing goods at the border and bans their importation. Properly protected and promoted trade dress, with the power of federal law behind it, can stop copycats, erect barriers to entry and preserve commercialization.

There are other legal protections, such as design patents that can now last up to 15 years for ornamental non-functional designs, copyrights, and traditional brand-name identifying trademarks. These can be used in conjunction with or separate from a product’s trade dress. A detailed discussion with legal counsel is necessary to determine when and how these protections can be appropriately implemented to secure the greatest protection for your product. It is possible after the expiration of a design patent that the product’s ornamental feature could be registered, or, treated as trade dress. In any case, valid trade dress can last in perpetuity under the law.

Whether you are creating new brands, new SKUs, a new product or looking to improve existing products, you must properly engage the designers and marketing teams to develop the product and establish in the minds of the public that the distinct non-functional features identify the source of the product. If you can achieve that, you have created enforceable trade dress which imbues your product with maximum safeguards to prevent and stop infringement, as well as, preserve commercialization.

If you would like more information or have questions regarding these concepts, please contact Samuel Frederick at 517.371.8103 or sfrederick@fosterswift.com.